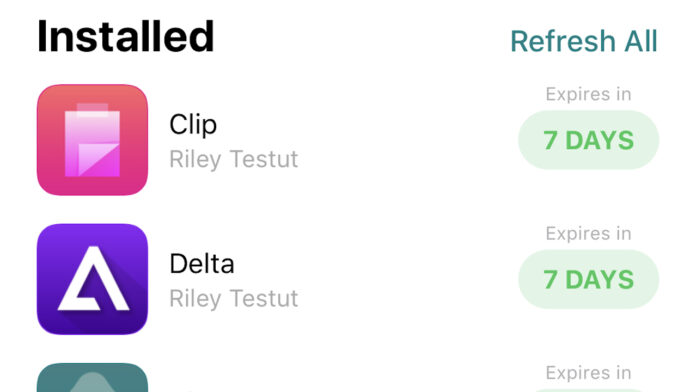 Apple has its own app store where users can download, install, uninstall apps on their iOS devices. Apple app store is secure as compared to other third-party app stores for iOS. But, Do you know? Thousands of apps are not available on the Apple app store due to some restrictions.

To remove the restriction of downloading unofficial apps on your iOS device, You will need a third-party app store for iOS. In Third-party iOS app stores, you can find applications that are unavailable on the apple store.

These third-party iOS app stores contain extra features and let you download unofficial apps and enhancements to your iPhone and iPad without jailbreaking your device.

AltStore is one of the best third-party app stores for iOS devices. It doesn’t require Jailbreak and can run easily on non-jailbroken iOS devices. It contains several apps and games that are unavailable on the official apple app store.

It cant be removed from the official apple store as it works on a unique technique. It limits the number of apps you can install on your device and requires a computer to install.

It is a fully native, sandboxed iOS application that allows you to sideload apps in one click. It requires your Apple ID and password to be able to work correctly.

CokerNutX is a Third-party app store for non-jailbroken iOS devices. It contains several apps, games, and emulators that are unavailable on the apple app store. More than 1 Million users are using his app for downloading apps and games.

It is easy to install and a user-friendly app that you may like to have on your iPhone or iPad. It offers SSL encryption for security. It works on all iOS devices and is free from malware.

CokernutX is a completely free app store that works as an alternative store. It does not request any personal Apple account to work. You can install it directly from your safari browser. No computer is required to download App Store.

TweakBox app is an unofficial app store that offers 3rd-party apps and tweaks for iPhone and iPad. After installing TweakBox, users get access to content that cannot be used without paying for it.

Developers are continuously testing and ensuring its safety and security, So Tweakbox is safe and can be used in non-jailbroken iOS devices. You won’t find bugs while using TweakBox because developers continuously update Tweakbox to keep it bug-free.

Tweakbox has a million users who are currently taking its service. Through TweakBox, you can download any paid application on your device free of cost. You can easily install TweakBox on your iOS device by using the Safari browser.

It is the best alternative to TweakBox and an unofficial app store for iOS devices. It lets you download the most popular paid games and apps for free. You can download TopStore on devices running on iOS 8 or higher.

Recently TopStore has introduced a VIP paid version that provides private enterprise certificates for iPhone users. This allows the installation of 3rd-party apps with fewer revokes than the free version.

EonHub is a third-party iOS app store that offers several apps and games for iPhones and iPads. EonHub doesn’t require any installation. You can use EonHub directly from Safari Browser without jailbreaking your device.

EonHub consists of thousands of tweaked apps and games that you can download for free. EonHub updates its library daily. To ensure security, all the apps and games are monitored by developers before indexing them to EonHub.

It is extremely user-friendly, so you will not find any difficulty at the time of using this app. Whatever tweaked app you might need, EonHub will definitely have it.

Linux App Stores: You must know about