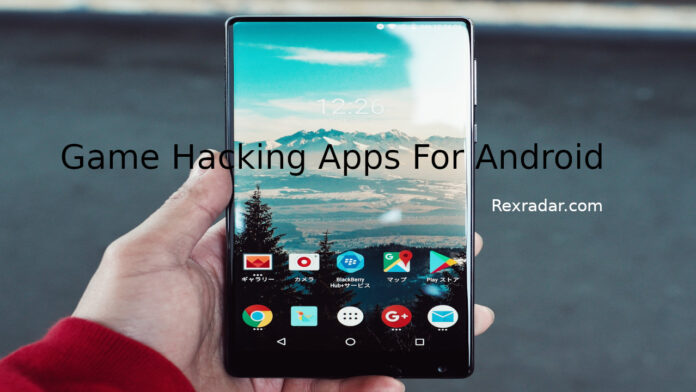 Do you love to play games on Android devices? But want to break barriers and score higher than anyone, or you want to be undefeated in the game. This can be possible only when you are hacking a game by using game hacking apps for Android. Hacking a game could be fun for an individual because it unlocks various things that normal players cannot do in the game.

GameGuardian is one of the best game hacking apps. It has the ability to hack both online and offline games. This app allows you to modify the game’s content to get an advantage in the game. Basically, it injects the code during the runtime of the game. The injected code lets you modify the binaries of the game.

This app works on both rooted and nonrooted android devices. To run game guardian without root, you have to install the app in parallel space. This app can modify in-game health, coins, money, aimbot, high jump, and more. GameGuardian is not available in the play store. You can download it from the below link.

Xmodgames work on rooted android devices and is used to hack various supported android games. Through this app, you can hack some popular games like Clash of clans, GTA series, Subway surfers, Minecraft, etc. Through Xmodgames, you can mod several games and get the benefit of unlimited health, money, and several other in-game features.

It also comes with a screen recording feature, through which you can easily record the game. It has some automated scripts and plugins that can automate time taking games like clash of clans. Make sure your device is rooted before installing this app because this app requires superuser permission to run.

It has the ability to hack popular games like PUBG, Freefire, Mobile legends, and more. It can mod almost any game to get unlimited gold, coins, gems, etc. If you want to patch an android game, then download the cheat engine. Get several in-game premium items for free just by applying cheats by using the cheat engine.

Looking for a game hack or mod online and end up installing malware, HackerBot is here to help you. HackerBot is a little different from other game hacking apps. HackerBot work as a search engine and lets android users search for working game cheats and modded games. In HackerBot, you will find all working cheats and game hacks.

After installing and opening the app, you can use the FreeFinder search tool to find mods and cheat tutorials. It also contains tutorials. The tutorial helps you to learn more about your favorite games on Android smartphones. A wide range of cheats is available for several popular games like Subway Surfers, Garena Free Fire, PUBG, and more.

Lucky Patcher allows you to hack/mod several apps and games without any knowledge of coding. Lucky Patcher shows a list of installed apps and games on your device and shows the patches and hacks you can carry out. It lets you remove the license verification, modifying app permissions, and many more.

You can crack various games with a lucky patcher and allows you to get any paid features for free. By modding game with lucky patcher, you can get unlimited coins, money, gems, characters, weapons that you need to buy to use. Lucky Patcher can run on both rooted or unrooted devices. To be able to hack games, you have to root your Android device.

SB Game Hacker app allows you to hack old Android games. The app works well on old Android devices running on Android KitKat and less than it. Basically, it lets you modify the parameters of the games to take several advantages such as unlimited health, coins, cash, and more. It is completely free to download and use.

SB Game Hacker provides some advanced methods to hack Android games. However, it works only on rooted android devices. It has a higher success rate than any game hacking app. Cross the limitation of games by installing the SB game hacker app. The app will give you an upper advantage and lets you win the game.

Bluestacks is the most popular Android emulator with millions of users. Through Bluestacks, you can run Android games on a PC. If you are afraid to root your main android device to hack Android games, You can use Bluestacks. Bluestacks comes with root mode through which you can easily install game hacking apps in Bluestacks that require root permissions.

Bluestacks has the ability to run several sorts of Android games. It is the best place to play Android games as it offers several advantages like faster gaming performance, no lag, and more. You don’t need to pay anything to use Bluestacks, as it is a free-to-use app. You can download the Bluestacks from the below link.

So these are some best game hacking apps for Android that you would like to try. Make sure your android is rooted before using these apps because a Rooted device has more success rate than a nonrooted one.

REXRADAR is your technology, Programming, tech reviews website. We provide you with the latest tech news and articles straight from the leading tech industry.