HomeGamesBest GBA games you would love to play
Games 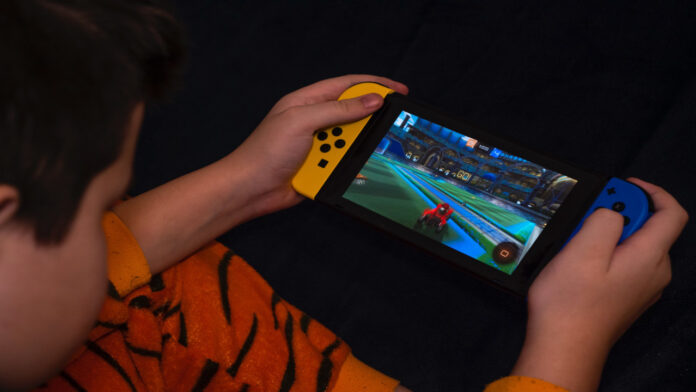 The Game Boy Advance (GBA) is a 32-bit game console developed by Nintendo. It is the fifth console on the Game Boy list. The games that people play on these consoles are considered to be GBA games. It is an outdated gaming technology, but users are still willing to play old GBA games. The reason behind this craze is the old feelings and the satisfaction these games provides. I also used to play GBA games in my childhood days through the GBA console.

If you are a GBA games lover or searching for the best GBA games, You are at the right place. Here we have curated the list of best GBA games you would love to play.

Mario & Luigi: Superstar Saga is the first part of the Mario & Luigi series. The game was released for the Game Boy Advance in the year 2003. The game starts in the Beanbean Kingdom, where Mario and Luigi chasing down the villains to reclaim Princess Peach’s voice. Queen Bean and Prince Peasley of the Beanbean Kingdom support Mario and Luigi throughout the game. You can download its ROM and play the game easily on your Android/iOS device with the help of GBA emulators.

Ultimate spider-man is an action-adventure video game released in the year 2005. In the game, you can play either with spiderman or venom. Both characters have their own series of levels. The game has three additional bosses you would like to fight with Shocker, Silver Sable, and Carnage. The game has a limited supply of Spider-Man’s web fluid which can be refilled by picking up special markers spread throughout levels or dropped by enemies. This game is available to be played on GBA emulators.

Spiderman: Mysterio’s Menace might be the best GBA game for you if you like to play spiderman games. This game was developed for Game Boy Advance in September 2021. The game comprises 7 levels, and each level contains supper villain at the end. The villains in the games are Scorpion, Rhino, Mysterio, Electro, Big Wheel, Hammerhead. You might be thinking there are 7 levels, but the villains are 6. The reason is, the hammerhead appears at the end of two levels. In the game, you can web swing, attack with different punches and kicks. You can also shoot the web at enemies to capture or attack them. Enhance the spiderman strength by collecting the upgrades.

4. The Legend Of Zelda: The Minish Cap

The Legend of Zelda series is one of the most loved game series. The Legend of Zelda: The Minish Cap comes under the action-adventure category. It was released for the Game Boy Advance in the year 2004. The game features the fully explorable land of the kingdom of Hyrule. In the game, Hyrule is under threat, and Link has to rescue Zelda and save Hyrule. I love to play this game in my childhood days, But as a grown-up, the game gets boring to me. If you are interested in playing such a game, try this game on your GBA emulator.

Super Mario Advance is considered one of the best games in the Super Mario series. It was originally released for the Game Boy Advance in 2001. The gameplay is the same as in the original version of Super Mario Bros 3. Players can play with either Mario or Luigi, adventuring through eight kingdoms of the Mushroom. In the game, the players can run, jump, and swim. There are several power-ups in the game. The power-ups are, the Mushroom increases the Mario size, the Fire Flower gives him a fireball attack, the Starman makes him invincible. For Mario lovers, this might be the best game to play.

How to download and run GBA games on Android devices?

So these are some best GBA games that you would love to play. As we continue to update this list, Don’t forget to check frequently.